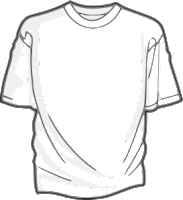 Have you ever thought that sweat was attractive?  Well, it has been proven that it can be!  Scientists have discovered an astonishing correlation between being attracted to a mate and the smell of their sweat.  You can read the 11 page long paper (found here) if you want, but it's pretty technical.  I'll just summarize the interesting parts.

Scientists had 100 of male university students wear the same t-shirt constantly for a couple of days (sleeping, exercising, studying, ... you get the picture). If they wore their champ shirt, they might have won the same t-shirt for a couple of days anyway.  They couldn't eat garlic, use aftershave, use scented soap, or other things. The scientists then collected the t-shirts and put them in a plastic bag.  Then they had 100 girls come and smell the bags and rate them on how attracted they were to the smells.  Sick, no? Then they compared those numbers to how attracted they were to the faces of the participants.  There really wasn't any correlation.

What they found was the scent was determined by how diverse the two immune systems were.  The more diverse, the more attraction there was. I guess that's Mother Nature's way of nudging us in the direction to make the healthiest offspring possible.

Well, I do like the smell of Mark's shirts. But he's not all sweaty and nasty...he's just...Mark.

And his immune system isn't the greatest. Guess I flunked that test!

I like nuzzling Michael near his neck. I don't know if it is a sweaty smell necessarily, but it is comforting, and all Michael.